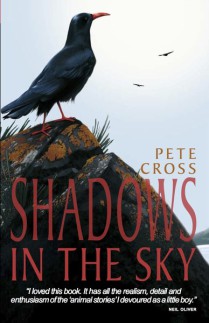 “I enjoyed this book immensely”

For reviews and an interview with the author please click on the links.

Shadows in the Sky was published by Studio Cactus in 2007. Although aimed predominantly at 8-12 year olds, it has been enjoyed by countless adults too.

Publisher's introduction to Shadows in the Sky:

The history of the legendary Cornish chough has been well-documented. Few other animals have been so specifically associated with a particular region of the world, and the extinction and reappearance of this distinctive bird in Cornwall has been widely reported in the national press. Numbers of this charismatic, aerobatic, red-billed crow dwindled over the past few hundred years until the last one finally disappeared from Cornwall and England in 1973. Against all the odds, three returned in 2001 and there is now a small but thriving colony in Cornwall. Shadows in the Sky is an imaginative interpretation of the story, based in fact, but brought to life in a vital and enthralling way.

Inspired by such wildlife classics as Jack London’s White Fang and Richard Adams’ Watership Down, it takes us into a harsh natural world where survival is all and lets us experience life from the birds’ perspective. Set against the salt-lashed landscape of the rugged Cornish coast, Shadows in the Sky is a vivid evocation of the timeless struggle for balance between humans and nature. With its many sympathetic characters, its gripping storyline and its foundation in truth, Shadows in the Sky is, above all, a heart-warming tale that will strike a chord with everyone who cares about the human impact on nature.

Beautiful illustrations by acclaimed illustrator and Disney animator Colin Stimpson bring the characters and landscapes to life, and highlight the wider environmental and social issues in the story. A rare success in the field of wildlife fiction, Pete Cross’ writing combines an authentic window into the choughs’ perspective with a keen awareness of the human preoccupations and a mastery of local character. The chough is referred to throughout as “chow”, an old Cornish word for the bird, based on its characteristic cry, stressing the rich heritage associated with the bird in its native land. Adults and children alike will fall under the spell of Shadows in the Sky, a brilliantly executed homage to the beauty and tenacity of the Cornish chough in a changing world.

Colin Stimpson has worked as an illustrator and an animator with major studios including Disney and Steven Spielberg’s Amblimation, where he worked as a Background Artist and Art Director. In 1994, he moved to California to work on Disney features including The Hunchback of Notre Dame, Hercules and The Emperor’s New Groove, for which he was Art Director.

Colin now lives in England, working as a freelance illustrator and Production Designer for Disney. He has illustrated a number of highly successful titles including Poison Diaries, The Wickedest Witch, Germs and How to Cook Children. In 2012, he both wrote and illustrated Jack and the Baked Beanstalk. 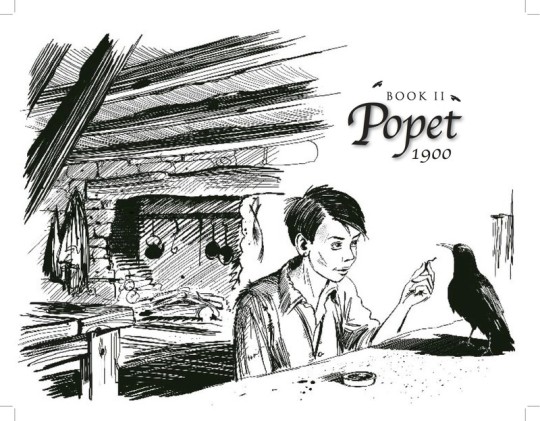